Athens based artist Analog Trip (Kosmas Katimertzis, born 1972)Is owner of Elektrik Dreams Music Label (www.elektrikdreamsmusic.com)At the early age of 17 the young artist experimented with monophonic analog synthesizers, drumcomputers and vinyl , playing at local bars, and while studying at university a few years later, he became part of an Electro group called VCF, already known for their live gigs at Athens popular clubs Factory, DOM and the Wild Rose.Officially entered in the electronic scene in 1996 along with George Moog with a CD which was circulated 25.000 times by a for that period well known Dance magazin (Lemon).

Since this success, which included airplay on CoolFm and LifeFm , Klik FM, Best Radio Analog Trip was referenced among many Greek artist and invited to play his sets on various old classic dance floors like Plan B, Face the music, Camel Club,Astron, Orbit, Zoo, Loop (Resident for 8 continious years) and Mommys.In the summer the artist also appeared on Paros & Naxos, Monastiri, Linardo, Santa Maria and Cafe Del Mar , Splash Naxos and among others to promote his music.Recently Analog Trip’s music appeared on Gravity Recordings, featuring “Galeraki Mykonos Chillout Moods and Grooves”, next to “Cafe Caprice”, a more atmospheric style but none the less accompanied with his own freestyle/tribal/deep and tech sound. 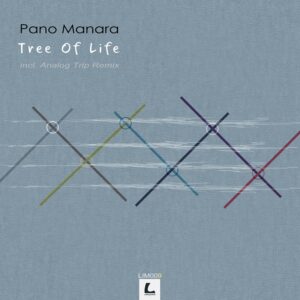