Influenced by all things music, James Benedict is a house producer and DJ specialising in the deeper side of things.
His production style is always developing and evolving, but keeping true to his ethic of producing straight forward, underground house that makes you feel good. He has a pure love for music, something that has driven him to constantly look forward with his productions and push his sound.
James Benedict’s release schedule has picked up the pace over the last year or so, with releases on heavyweight labels such as Large Music, Blacksoul, Savoir Faire Musique, What Happens, Good For You Records, sinnmusik*, Delve Deeper and many more. His tracks have been charted several times in Traxsource’s featured lists, and regularly enter the top 100. His releases have also gained support from DJs such as Tensnake, Sebastian Davidson, Groove Assassin, Ross Couch, Blacksoul and many others.
At the end of 2015, James Benedict was selected as one of the top 100 Deep House artists on Traxsource, showing that his hard work and passion for music production is starting to pay off.
He has been a DJ for over 10 years, and always seeks out music that has the ability to make people dance and project a sense of energy and feeling to the audience. DJing has always been an art form to him, and over the years he has gained experience which ranges from playing at local nights, running his own events, radio shows, Ibiza and the London scene. He has also done several different guest mixes and podcasts showing his track selection and mixing style. 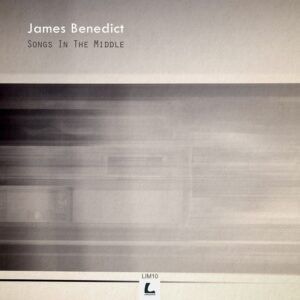